our collection of vintage rugs, ranging from moroccan beni ouarains to turkish kilims, are true reflections of the times in which they were created. stylistically, one can see the influence of the modernist movement. both abstract and minimalistic, each piece is an expression of experimentation and innovation, celebrating individualism and creativity.

much like the dutch renaissance painters of the sixteenth century took inspiration from their italian predecessors, twentieth-century swedish rug designers took inspiration from imported textiles and incorporated them into their own artistic language. simple geometric patterns and vignettes from everyday life are woven through this form of folk art, and what began as a long pile hand-knotted coverlet, transformed over time into flatweave designs. purely ornamental in nature; the superior craftsmanship, simplicity, and purity of design gives these floor pieces, dating from the 1920s to 1950s, a timeless relevance and contemporary desirability. 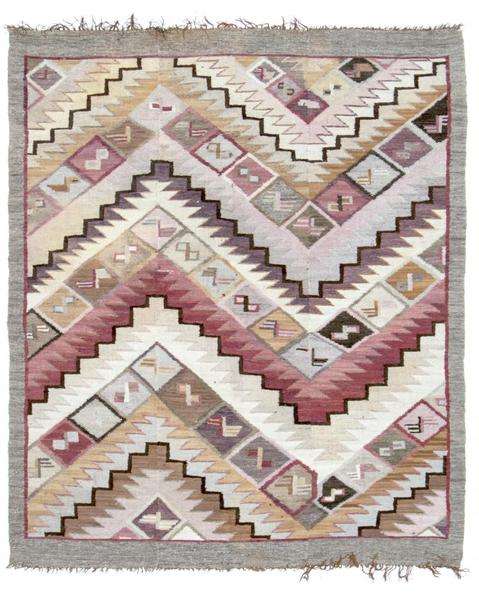 moroccan rugs, crafted by women in the interior plains and mountains on fixed-heddle looms can vary greatly depending on the tribes that weave them. nonetheless, they all use severely geometric moroccan decoration, sometimes in muted tones, sometimes almost monochrome, and sometimes richly colorful tones and asymmetrical compositions without borders. the raw material of the moroccan rugs is black or white sheep's wool, used as is or dyed with plants or minerals found in the areas where the carpets are woven. in the upper regions, ochers are often used while in the plains of marrakesh, madder provides brilliant reds. moroccan rugs provide designers with timeless, unique, and functional works of art for the modern-day home. each rug is a primitive abstraction that is completely original to the weaver of the rug. recognizing the beauty of these rugs in the modern environment were such notable designers and architects as charles and ray eames, le corbusier and frank lloyd wright. 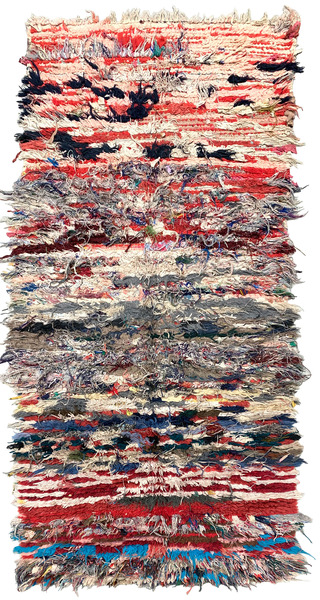 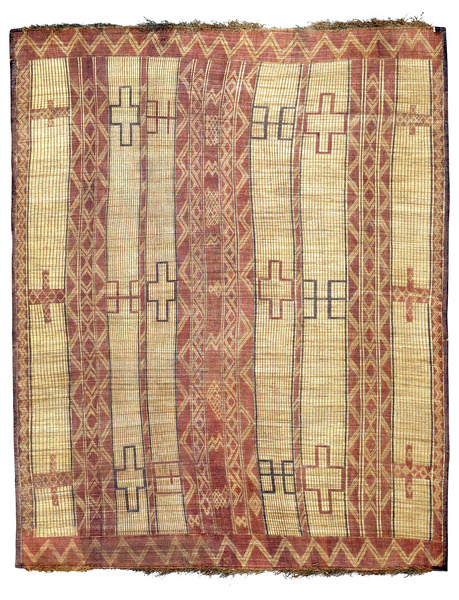 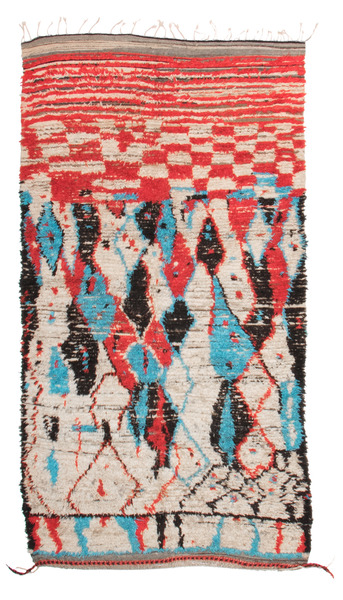 kilims are a pileless floor covering handwoven by tapestry techniques in anatolia, the balkans, and parts of iran. in the rest of iran, the caucasus, and turkistan, the name for similar pieces is palaz. In most kilims, a slit occurs wherever two colors meet along a vertical line in the pattern, but in a few karabagh or south caucasian pieces, interlocking methods are employed in order to minimize these slits. the turks have produced the largest kilims, usually in two narrow pieces joined, as well as small ones and a multitude of prayer kilims. as a prayer rug, which is carried about with the worshiper, the light and extremely flexible kilim offers obvious advantages. in turkish kilims, cotton is often used for the white areas, and small details may be brocaded. the kilims of the southern balkans began as close copies of anatolian types but have gradually developed into individual styles, such as the black, red, and white kilims of pirot. in romania, also, there are varied local fashions, progressively less oriental in color and pattern as the distance from turkey increases. the name kilim is also given to a variety of brocaded, embroidered, warp-faced, and other flat-woven rugs and bags.

fine ethnographic oriental rugs, kilims and other weavings have been produced by nomads and villagers throughout the middle east and central asia for centuries. decorative woven saddlebags, storage sacks, tent hangings, animal trappings and floor or ground covers have traditionally enhanced every important aspect of daily life, and are genuine expressions of tribal culture. the geometric motifs in these antique tribal rugs and weavings evolved directly on the loom. traditional designs--some religious, talismanic or totemic--were passed from one generation to the next, with each weaver creating subtle variations that reflected her own artistic personality. 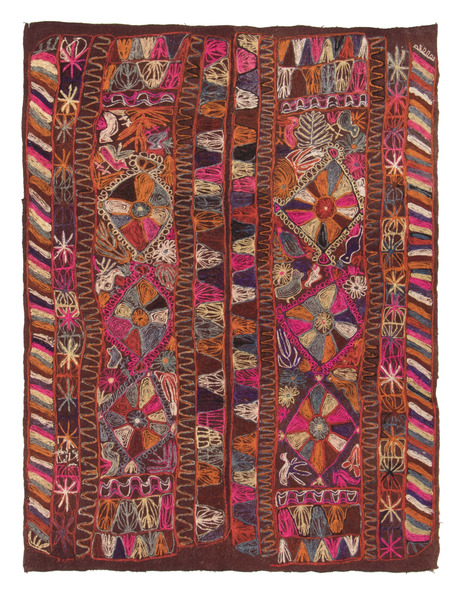 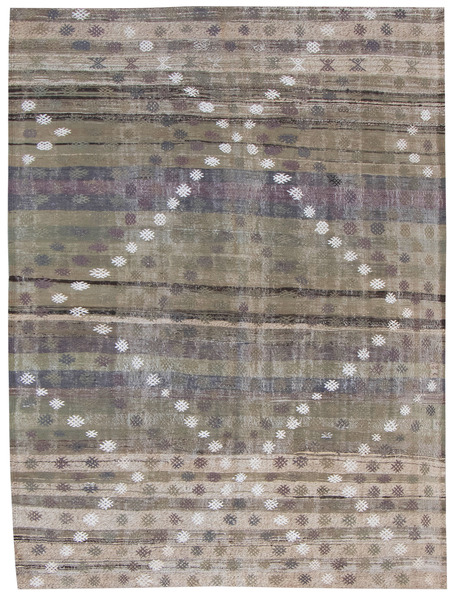 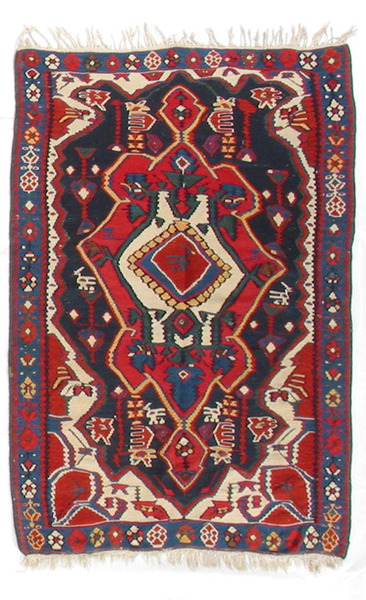 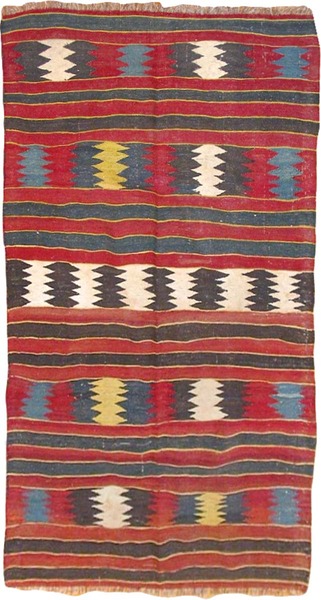 vintage rugs are dyed and distressed to create this beautiful, ethereal look, accelerating the aging process. this is done through a cycle of dying and washing. colors blend, textures soften, and an infusion of depth is the end result. one of the advantages of using this distressing process is the level of control that is available. fabricated distressing gives the rug maker and eventually the client the ability to choose whether they want to just kickstart the aging process or add on 30 years to their rug. the end result is a one of a kind rug with its own unique character.