Afghan rugs are genuine and often extremely charming. One of the most exotic and distinctive of all oriental rugs is the Shindand or Adraskan (named after local Afghan villages), woven in the Herat area, in western Afghanistan. Strangely elongated human and animal figures are their signature look.Another staple of Afghanistan is Baluchi rugs, most notably Baluchi prayer rugs. They are made by Afghanistan's Baloch people, also in the western part of the country. Most of the weavers in Afghanistan are the Ersari Turkmen, but other smaller groups such as Chub Bash and Kizil Ayaks are also in the line of weaving rugs. In addition, Uzbeks, Kyrgyz, Kazakhs, and Arabs label their rugs according to their ethnic group.Various vegetable and other natural dyes are used to produce the rich colors. The rugs are mostly of medium sizes. Many patterns and colors are used, but the traditional and most typical is that of the octagonal elephant's foot (Bukhara) print, often with a red background. The weavers also produce other trappings of the nomadic lifestyle, including tent bags and ceremonial pieces.Tribal carpets are almost always done on the horizontal or ground loom. This is due to the fact that the nomads rarely remain in one location for more than two months. The horizontal loom can be easily dismantled and packed on an animal to the new location and then staked out on the ground again. A Turkoman woman will usually take at least six months to finish a carpet 6ft.6in. by 4ft. The loom therefore can be set up and taken down four to six times before a carpet or Kelim is finished. This often results in different tensions in the warp threads and is the reason why tribal rugs often have an irregular shape. 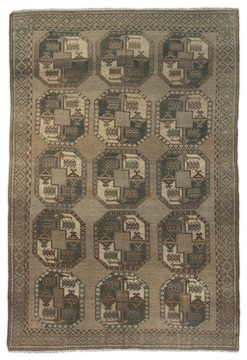 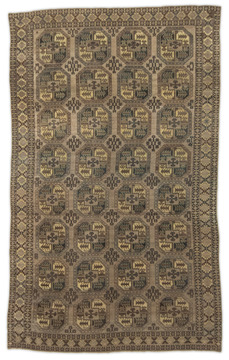 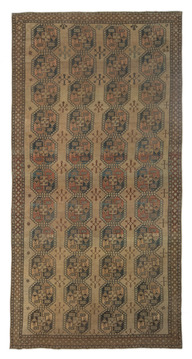 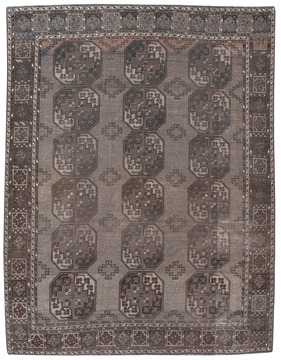 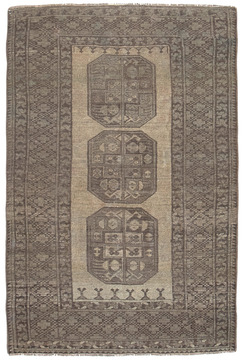 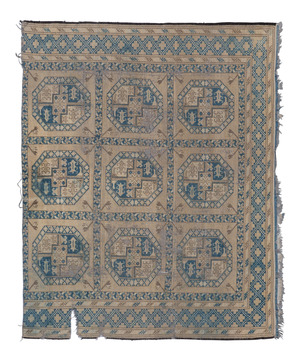 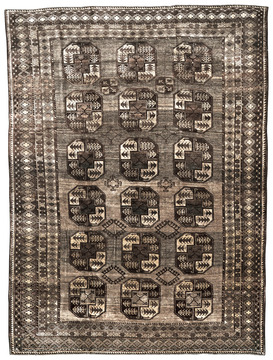 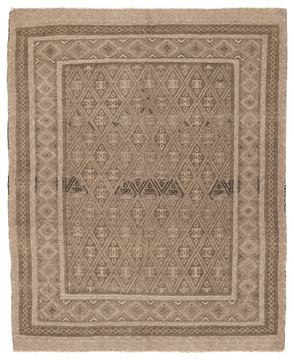 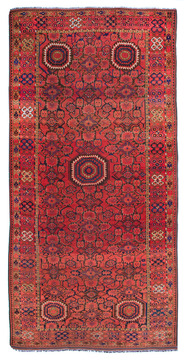 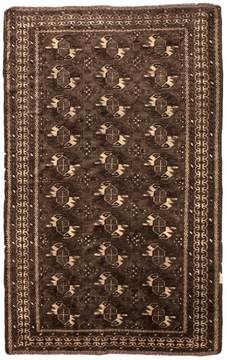 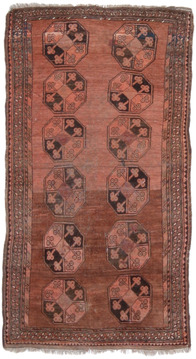 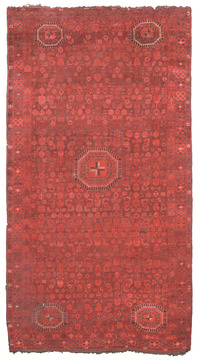 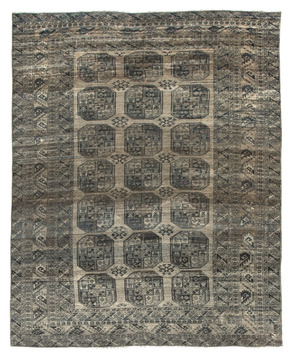 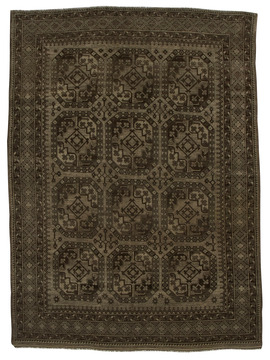 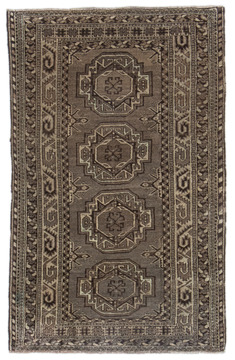 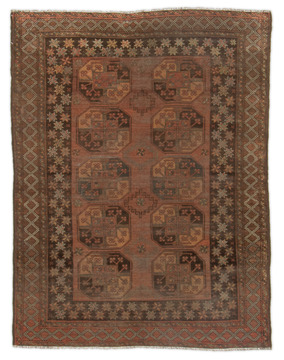 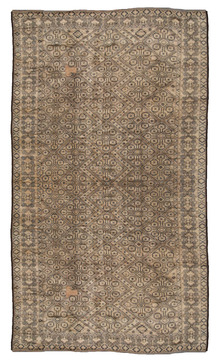 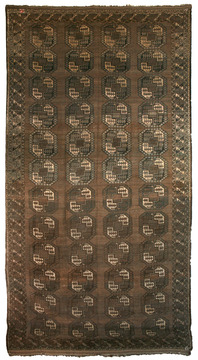 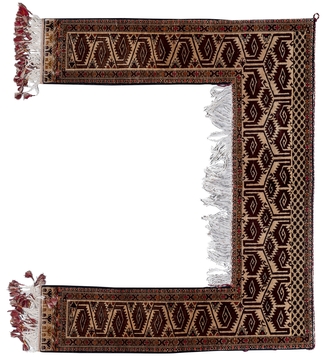